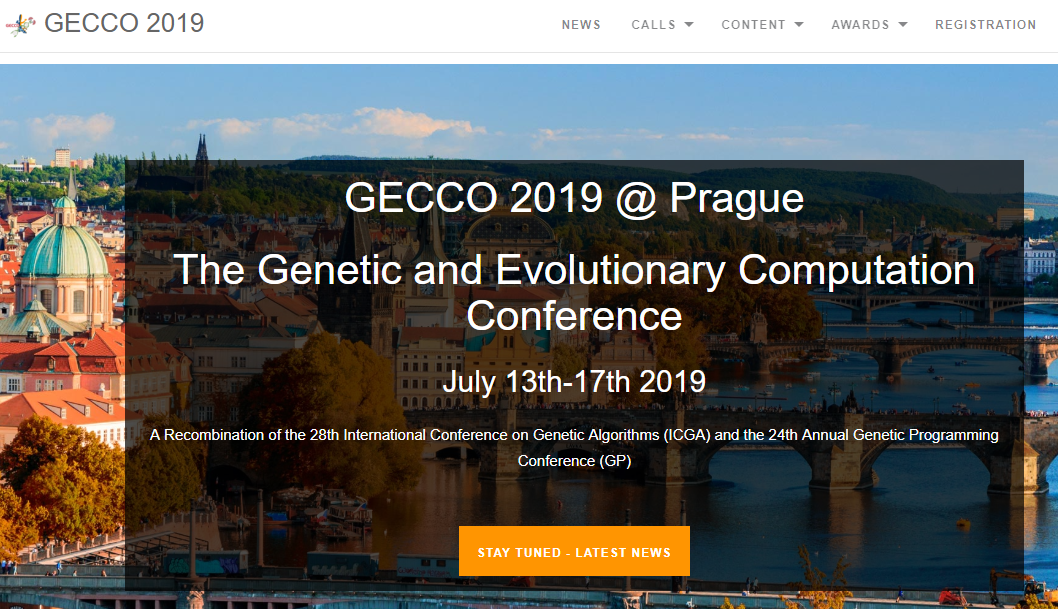 A research paper describing some of the experimental work being undertaken in the development of ClearSky’s CF-Monitor will be presented at the MedGEC Workshop 2019 in Prague in July.

The MedGEC Workshop focusses on the application of genetic and evolutionary computation (GEC) to problems in medicine and healthcare.

ClearSky’s Professor Stephen Smith is the co-founder and organiser of the MedGEC Workshop, which is now in its fourteenth year and is part of the Genetic and Evolutionary Computation Conference (GECCO).

GECCO presents the latest high-quality research outcomes in genetic and evolutionary computation and this year takes place from 13 to 17 July at the Prague Congress Centre.

Last year, the ClearSky team were proud to be part of an award-winning team that scooped top prize in the Human-Competitive Awards (Humies) 2018 at GECCO 2018 in Kyoto, Japan.

Using CF-Monitor patients are asked to perform certain drawing tasks using a digitising tablet with a conventional ballpoint pen and their hesitations and differences in movements are measured and analysed by the evolutionary algorithms.

There are three key aspects considered when diagnosing neurodenegerative conditions – motor skills, visuospatial ability and memory functions. The clinical drawing test is divided into two sub tasks – copy and delayed recall. The copy task requires patients to draw a copy of a figure presented to them while they can see it.

Delayed recall requires patients to draw the same figure they were presented with from their memory a set amount of time after the figure has been removed from sight. In this study, both simple figure and complex figure are used in separate studies.

By combining machine learning techniques and previous clinical research, this study can help clinical experts to further investigate if focusing on how different neurophysiological tasks are done by people with different neurological conditions can be used as markers for such diseases, thus assisting early diagnosis and further improving patient quality of life.