What is levodopa-induced dyskinesia? 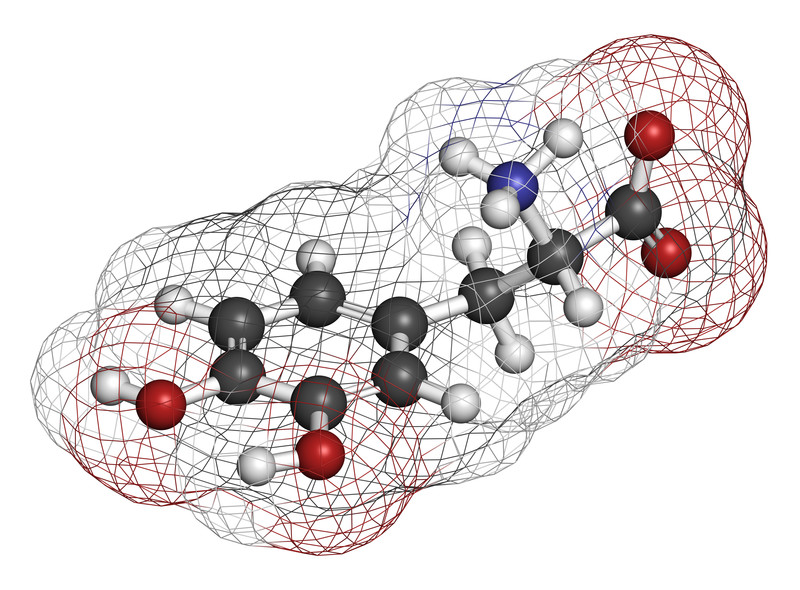 Levodopa is the most effective and commonly used drug for treating Parkinson’s. It is a chemical building-block that your body converts into dopamine.

People with Parkinson’s lack enough dopamine because some of the brain cells that make it have died. The loss of dopamine-producing neurones in the brain causes symptoms, such as tremor and difficulty in walking and moving.

Long-term use of levodopa, however, can itself lead to adverse and unpleasant side-effects, such as involuntary muscle movements that people cannot control – known as dyskinesias. These can include twitches, jerks, twisting or writhing moments and restlessness.

Research has found that early onset Parkinson’s, disease severity and high levodopa dose can increase the risk of development of levodopa-induced dyskinesias (LID).

The problem for people with Parkinson’s is that if they cut their dose of levodopa to reduce involuntary movements, their Parkinson’s symptoms may not be so well controlled.

How can ClearSky’s technology help?

Following diagnosis of Parkinson’s, it is important to monitor the condition in order to choose an appropriate medication routine. But dyskinesias can be difficult to distinguish both from normal movement and from other types of movement disorders.

Computational techniques, developed by our researchers at ClearSky, can discriminate between different classes of movement and different severities within these classes.

Our research has shown that ‘genetic programming is able to design classifiers that can be used for monitoring an individual’s response to levodopa therapy’. It also reveals how the evolved classifiers can be analysed to identify the ‘patterns of over-represented movement that are associated with tremor and dyskinesia’.

How does the LID-Monitor work?

ClearSky’s LID-Monitor is used to monitor dyskinesia and measure the effectiveness of Parkinson’s medication.

Small sensors can be worn on arms, head, legs and torso for 24 hours. The sensors can be worn as the individual with Parkinson’s is doing their daily routine, e.g., making a cup of tea, reading a book, walking, etc. The sensors are then collected by the specialist, and the data is uploaded and analysed using evolutionary algorithms to show the extent of any dyskinesia.

A very simple to read time chart is then created, which can clearly report an objective description of how the individual has been in the 24 hours that they have had the sensors with them in terms of dyskinesia.

By interpreting the report, medication can be adjusted by the specialist in order to control the side effects of levodopa, which consequently improves the quality of life of the individuals with Parkinson’s. 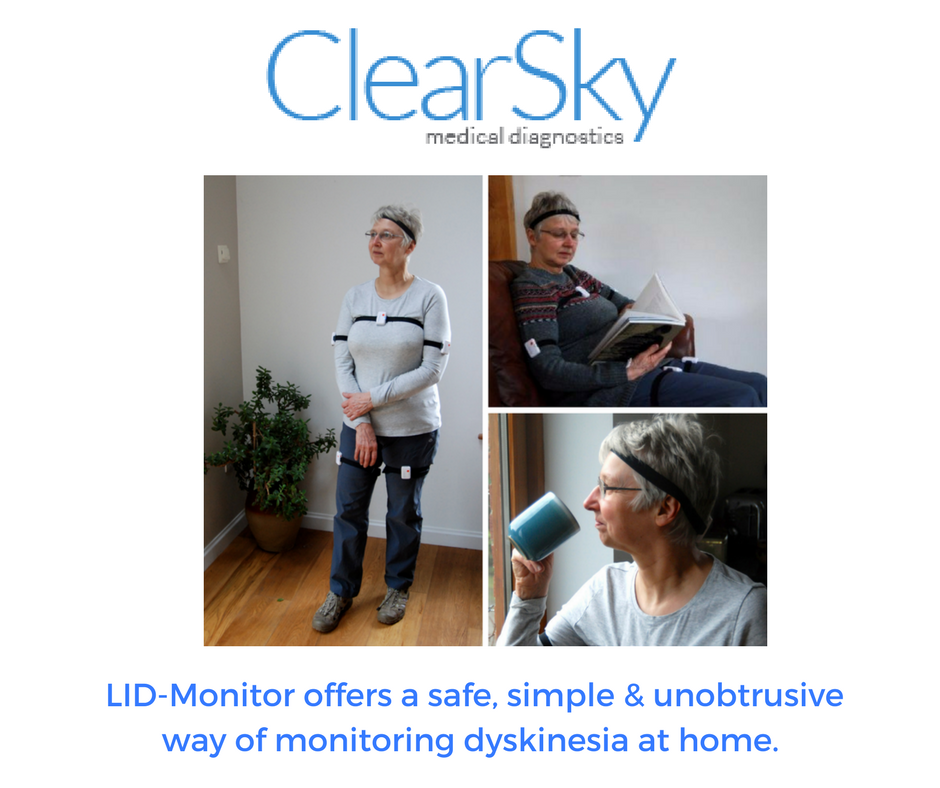