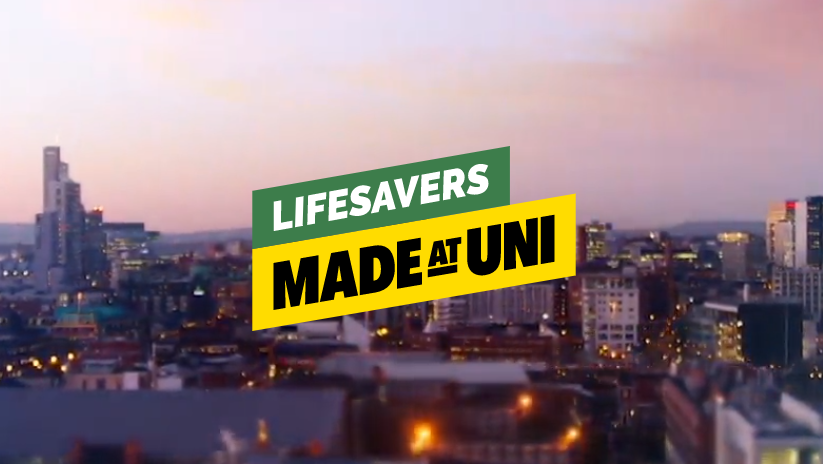 Professor Stephen Smith has been hailed a ‘national lifesaver’ in recognition of his research into the diagnosis and treatment of Parkinson’s.

Smith – ClearSky’s co-founder and director – and his research team at University of York, have been placed on the MadeAtUni list of the top 100 University researchers whose work is saving lives and making a life-changing difference to health and wellbeing.

The list was compiled by Universities UK, the umbrella group for UK universities, as part of the MadeAtUni campaign to change public perceptions of universities and bring to life the difference they make to people and communities across the UK.

Professor Smith and collaborators have developed devices, including LID-Monitor and PD-Monitor, that are now commercialised through ClearSky Medical Diagnostics.

The LID-Monitor consists of six small sensors that track movements continuously throughout the day, after which the data is uploaded for analysis and subsequently used in the management of medication for Parkinson’s.

The devices can not only help to improve quality of life for people with Parkinson’s – by measuring the progression of the condition, as well as the side effects of medication for its treatment – but can also reduce hospital admissions and costs.

Professor Dame Janet Beer, President Universities UK, said: “When people think of lifesavers they tend to focus on the dedication and skill of our doctors, nurses, carers, and paramedics – many of whom are trained at universities.”

“Every day, up and down the country, universities are also working on innovations to transform and save lives. Research taking place in universities is finding solutions to so many of the health and wellbeing issues we care about and the causes that matter.”