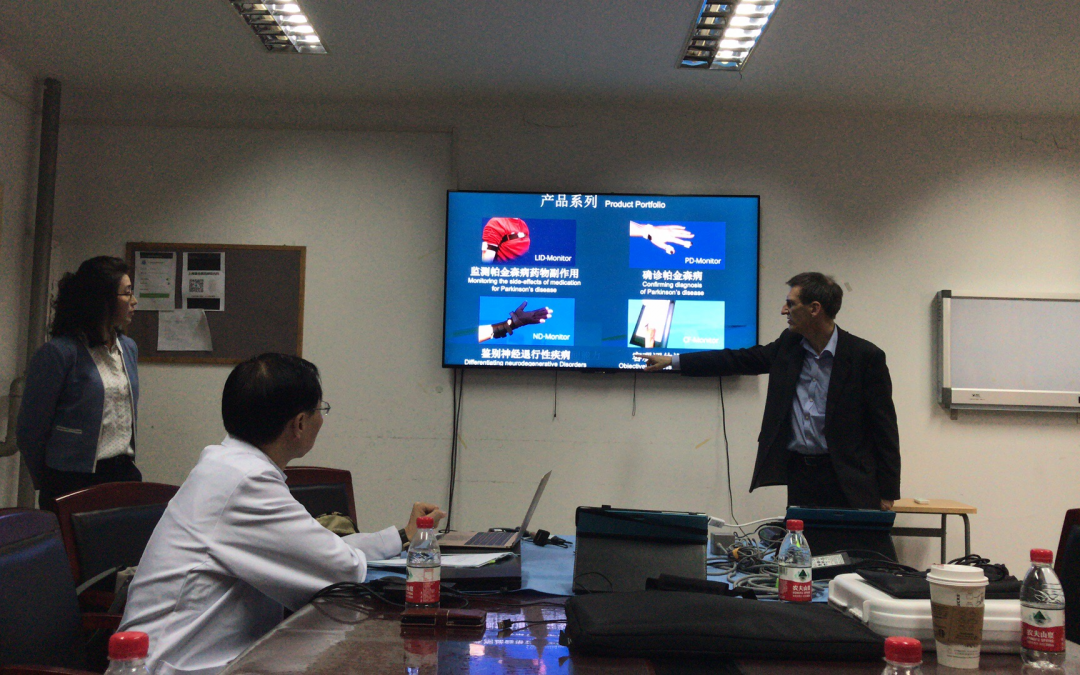 The first phase of the research study, which will be completed by the end of 2017, involves 200 patients with Parkinson’s and will look to verify that ClearSky Medical Diagnostics’s wearable devices together with biologically-inspired evolutionary algorithms can diagnose and monitor the brain condition.

Parkinson’s is a progressive neurological condition – the second most common neurodegenerative disorder after Alzheimer’s. It affects an estimated seven million to 10 million people worldwide and is most common in people aged 50 or over.

It is estimated that more than half of the world’s patients with Parkinson’s reside in China. Like Alzheimer’s, not only is there no cure for Parkinson’s, diagnosis remains a challenge.

ClearSky Medical Diagnostics has developed a number of devices for the diagnosis and monitoring of Parkinson’s and other neurodegenerative conditions. These devices have made it possible for the clinicians to diagnose and monitor the disease with objective evidence yet still in a simple and non-invasive manner.

The technology that forms the basis of these devices derives from unique biologically inspired evolutionary computer algorithms developed over the past ten years.

Professor Chen Shengdi, Professor and Chairman at the Department of Neurology and Institute of Neurology at Ruijin Hospital, will lead the study. Professor Chen said: “Wearable devices and artificial intelligence is a hugely popular subject but there needs to be rigorous clinical validation before it is adopted into the standard clinical practices.”

“The fact that half of the world’s Parkinson’s patients are in China has made it obvious that clinical centres like ours could contribute to the advancement of our knowledge of new technologies in order to progress diagnosis and treatment of Parkinson’s. My team and I are really looking forward to the results of this clinical study.”

Dr Stephen L. Smith, a Professor in the Department of Electronics at the University of York and managing director of ClearSky Medical Diagnostics, said: “We are very honoured to be collaborating with such a leading global expert in Parkinson’s, Professor Chen, and his team. This is such an important study to enable the clinical adoption of novel technologies, such as ClearSky’s.”

“Current clinical tests are largely subjective – they rely on judgements by clinicians observing a patient’s movements and rating these against a pre-determined scale. Our biologically-inspired algorithms have the potential to differentiate quickly and easily between neurodegenerative conditions as they are based on objective measurements, rather than subjective observations.”