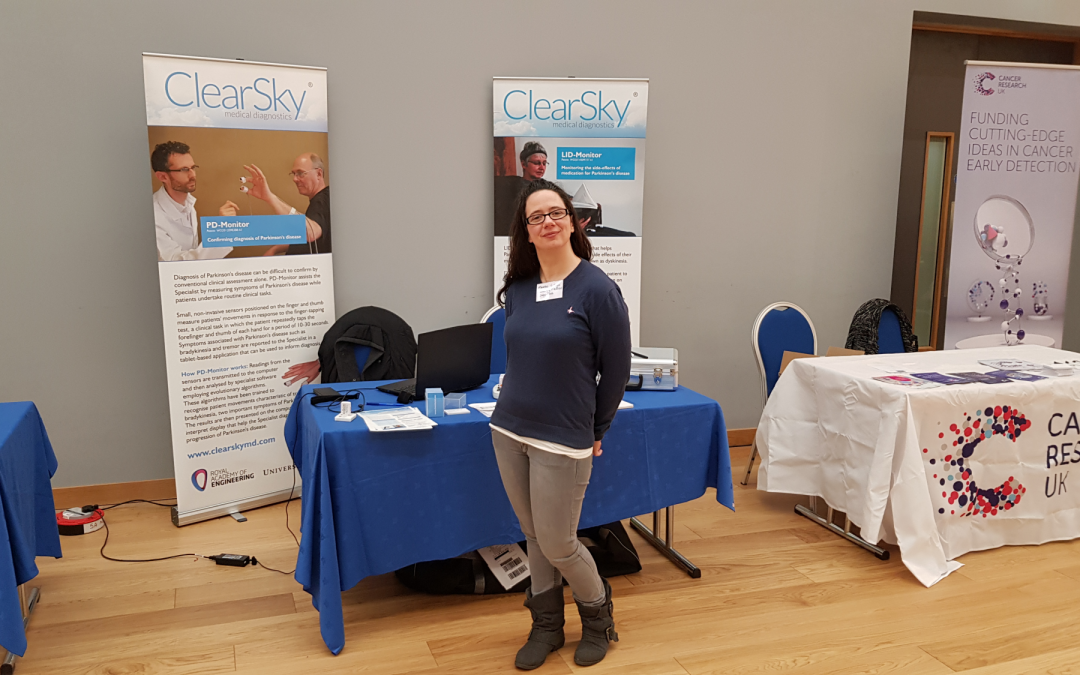 The ClearSky MD team headed to the HIT (Health innovation and Technologies) Research Festival at Heriot-Watt university in Edinburgh at the start of April.

Dr Marta Vallejo, Head of AI and Machine Learning at ClearSky Medical Diagnostics hosted a stand at the two-day event, designed to bring together experts in the topics of health and technologies.

Vallejo demonstrated the technology behind ClearSky’s PD-Monitor and the LID-Monitor.

During the second day of the Festival, the ‘International Workshop on Neurorobotics and Neural Disorders’ made its debut – a scientific event and a platform for exchange between researchers, technology developers and clinicians around commercial and research application of neurorobotics in the context of neural disorders, such as Parkinson’s and Alzheimer’s.

ClearSky MD’s Medical Adviser Dr Stuart Jamieson – Consultant Neurologist at Leeds General Infirmary and Senior Lecturer in Neurology at the University of Leeds – also attended the Workshop and delivered a talk on Parkinson’s.